Darlene Wroe Speaker Reporter TEMISKAMING SHORES – A tiny intruder has the potential to cause big problems. The City of Temiskaming Shores has been advised by its Quebec neighbours that… 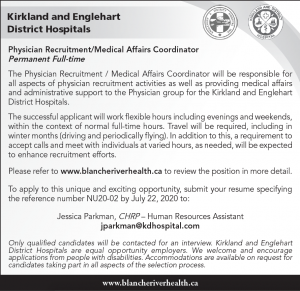