TEMISKAMING SHORES – Water supply and pressure in the New Liskeard and Dymond areas should be back to normal after a water line at Timiskaming District Secondary was repaired.

The City of Temiskaming Shores said repairs were completed around midnight.

The incident occurred “when a contractor was doing some work in and around TDSS for District School Board Ontario North and struck one of our feeder mains going through the north part of New Liskeard from our water treatment plant at McCamus,” he said.

Breault’s Subdivision in Dymond is supplied by the same water main.

He said a short loss of pressure occurred, but the city was able to maintain the required pounds-per-square-inch of water pressure.

Thanks to the water looping project linking the New Liskeard and Dymond water distribution systems, Walsh said water supply could be maintained using a smaller line in the McKelvie Street area.

Anyone who sees their water is discoloured is advised to run their taps until the water is clear. 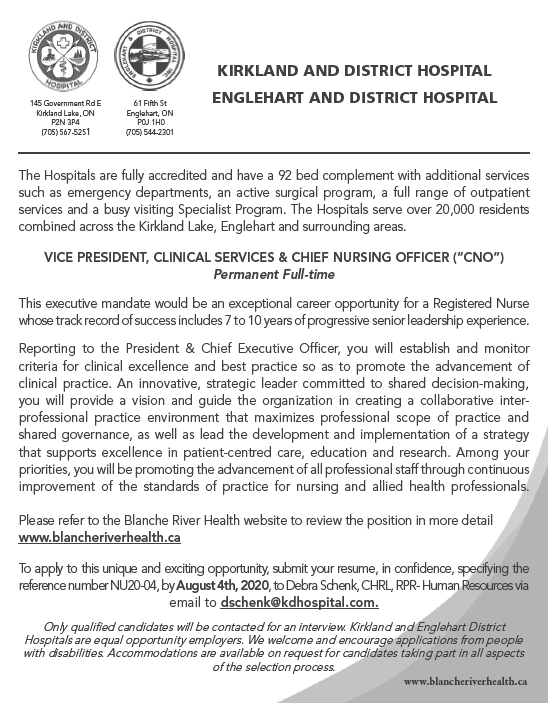