It’s in effect until Wednesday, May 22.

Forecasts for the North Bay District area expect variable precipitation over the next five days with accumulations ranging from 10-20 mm in the northern reaches of the district and 15-20 mm in the southern reaches.

The North Bay District has experienced significant increases in water levels and stream flows over the past several weeks.

The combination of repeated rainfall and snowmelt has resulted in water levels across the district rising significantly, reaching or exceeding flood levels in many areas.

In some areas water levels are expected to slowly stabilize over the next several days. In some locations the ground is saturated or remains partially frozen and as a result has little ability to absorb further precipitation.

The northern reaches of the district continue to experience snow melt which could impact water levels and flow.

The Ottawa River Watershed continues to be affected by last week’s rainfall events combined with the remaining snow melt on the watershed.

Lake Temiskaming water levels are currently sitting at 179.86 m and are expected to stabilize or slowly decrease over the next several days.

Water released from Lake Temiskaming flows down the

Ottawa River to the Otto Holden Dam, in the Mattawa area, where higher than normal water levels continue.

Water levels in Mattawa are currently sitting at 155.39 m and could reach 155.55 m, however, Ottawa River water levels are expected to stabilize or slowly decrease over the next several days.

Navigation by non-emergency vessels is strictly prohibited. This includes pleasure craft and human-powered craft, such as canoes or kayaks.

The Montreal River Watershed area continues to see higher than normal water levels and flows which have reached or exceeded flood levels in many areas.

Water levels in the watershed are expected to stabilize or slightly decrease in the next several days.

In the Latchford area, Bay Lake water levels have exceeded the maximum lake level of 277.15 m and are currently sitting at 277.37 m.

Bay Lake levels are forecast to stabilize or slightly decrease in the next few days with the maximum discharge continuing from the Latchford dam.

The Sturgeon River, Lake Nipissing and French River areas have been impacted by higher than normal water levels.

Due to safety concerns and the higher than normal water levels safety booms in the following locations have not been installed before the upcoming Victoria Day long weekend:

Recreational users (boats, jet skis, canoes, kayaks, etc.) are urged to stay away from dams and flood affected areas as high water levels and strong currents are dangerous for watercraft and pose a serious safety risk.

Municipalities and residents, especially those in low-lying areas and along shorelines, are encouraged to monitor these conditions and prepare accordingly. Shorelines and banks adjacent to rivers and creeks are very slippery and unstable at this time and, when combined with cold open water, pose a serious hazard.

Road closures and sand bagging efforts continue across much of the North Bay District and many area residents have been impacted by localized flooding. 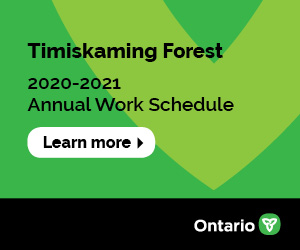